A labyrinth is a crossway of paths.  Generally, it is a defense system or an initiation test, a precise plan of winding trails intended to secure a revelation in its center.  It announces and protects the existence of something which  grants the access only to the initiated: such as immortality, conscientiousness or the inner self experience of each one, the enigma of the human person.

The combination of two motives, the spiral and the maze, the labyrinth also expresses the craving to depict the infinite and experience it on the human life itself: it is the perpetual becoming of the spiral, the ceaseless return of the maze.

But he, who entered the labyrinth without knowing a priori its coordinates, will fall into the risk of irremediably going astray in its web.   Derangement and incautiousness will be in ambush in its numerous intersections.

Labyrinth is the title of Anna Paola Protasio’ sculptures. Similar to Daedalus,

architect of Crete’s labyrinth, Anna Paola designs and builds her labyrinth with a laborious calculation. As Ariadne, the impersonation of the reflexive love, she promises us the master thread by which she will guide us. Calculation and emotion mingle themselves and confuse their limits.  Anna Paola’s great black pieces seem like enormous ribbons or wires in spiral, as if they possess the malleability and the lightness of fabrics or paper.  The close touch or look, however, help us to undo the blunder and to escape the first trap: they are molded in aluminum and possess the rigidity of the material. Very difficult to displace or to unfasten they carry all the weight and the difficulty that the title implies: to penetrate the labyrinth is to face its risks and deviations.

Marisa Flórido Cesar, 2007
PhD from the Postgraduate Program in Visual Arts at the School of Fine Arts of the Federal University of Rio de Janeiro. 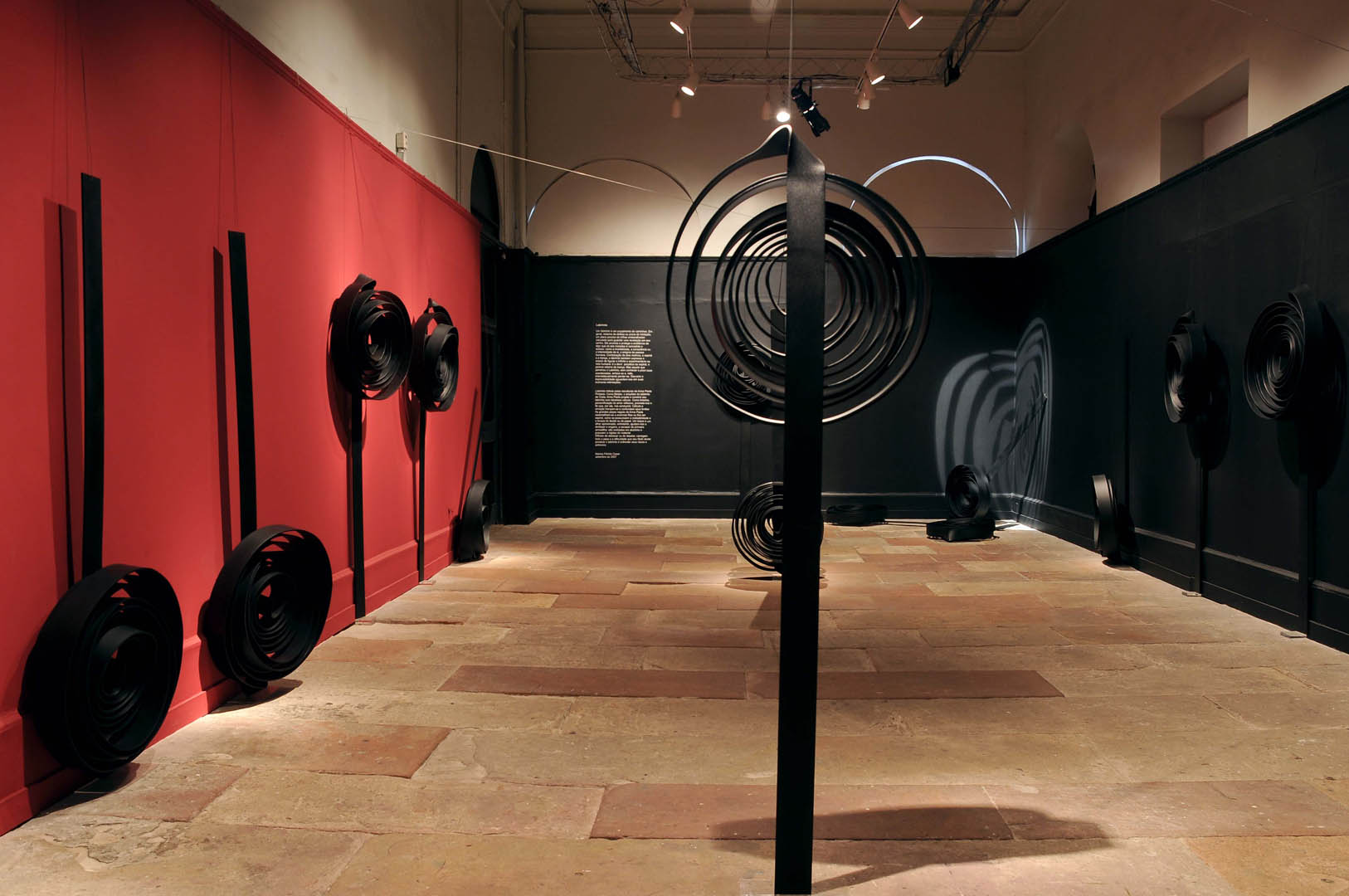 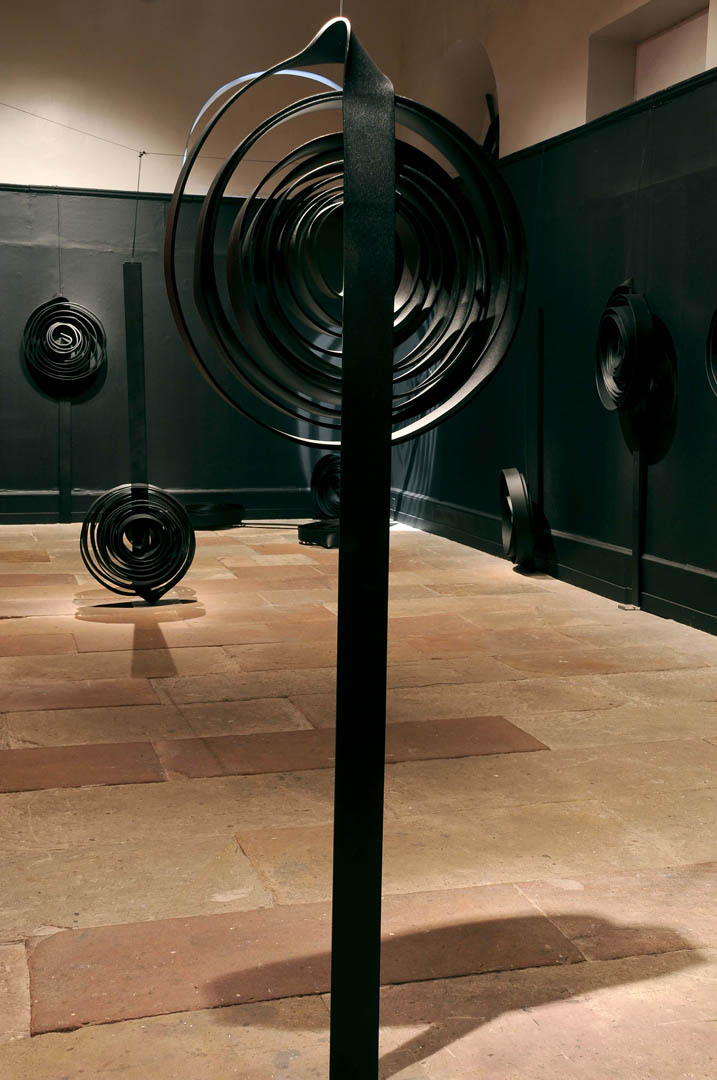 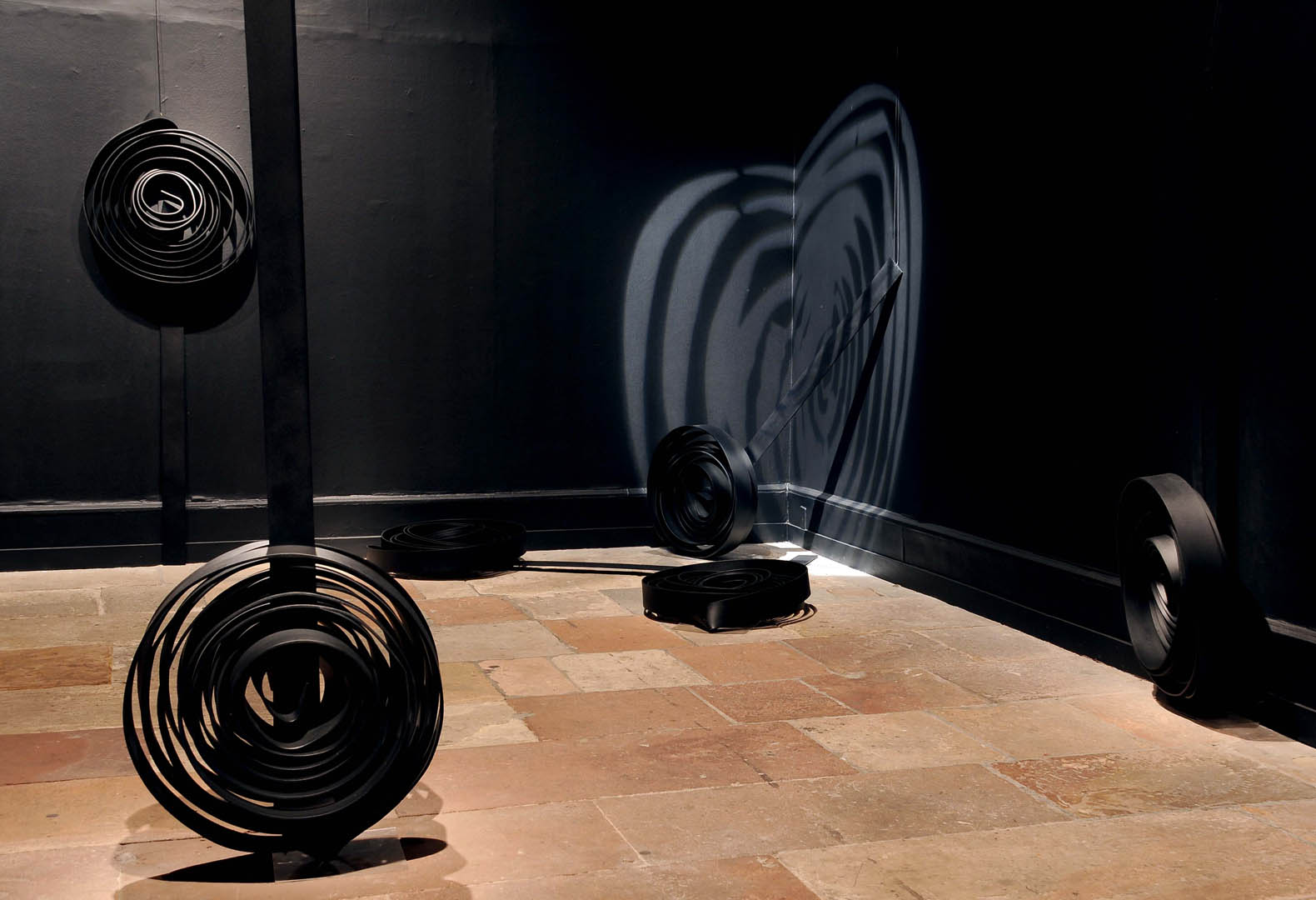 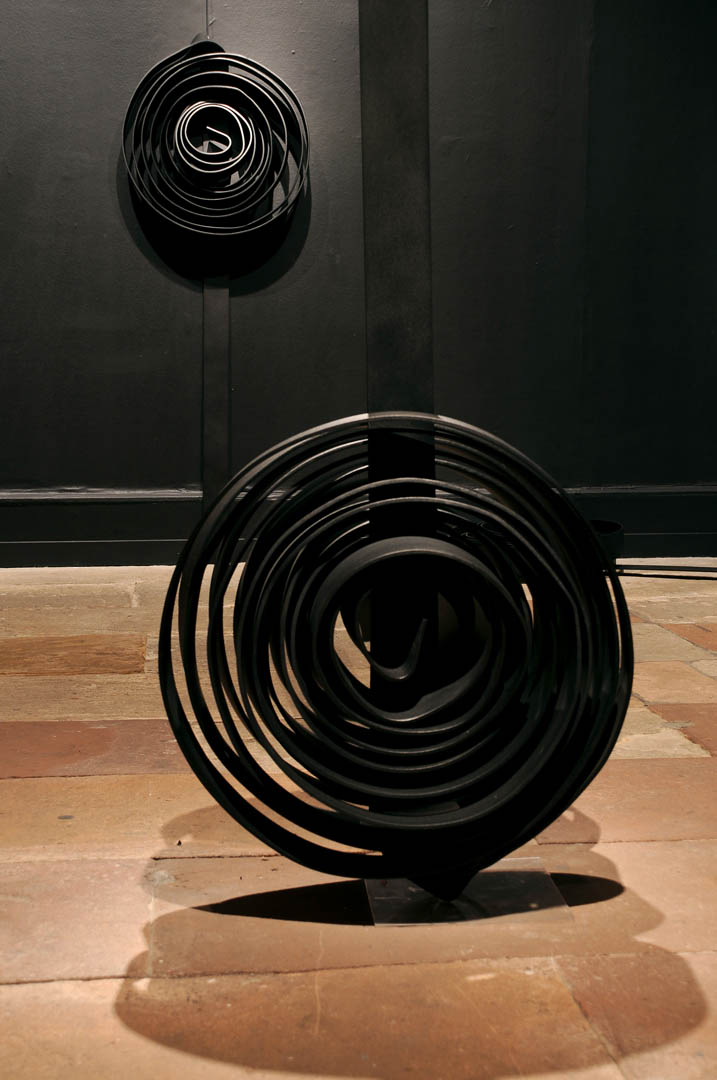