1- The walls are taken. The imagination here perseveres and we are coated by rough matter. Is there opposition? Now, it is not the smooth or the striated, but very small reliefs organized in the small offense to the point of the careful fingers. In order to move in this reality, it is necessary to despise the pain a little. Protasio precipitates the black surface through all the walls, even the structural column is involved. There is something very threatening in this environment of sandpaper aimed at the world. If turned in another direction, if rubbed with any will, they would reduce all imperfections to dust. If we invested against them, we would certainly be interrupted by drops of blood. We would bleed before we can overcome the resentment represented by this form of heaven. Despite all this, even challenging the odds, golden birds cross the horizon.

2- Impossible not to remember The Story of Gerhard Shnobble. In it Will Eisner shows that Shnobble is an ordinary human being, the son of ordinary parents and created to be common. On his eighth birthday, he slips off the roof. Instead of dying, He flies slowly to the ground. His father, dazed, reacts by giving a beat to the poor, warning never to fly again, hurt, the little forget the skill. He grows and becomes bank clerk. After 35 years of work, instead of being fired, he is transferred to the night watch function. One day the bank is assaulted and he is beaten in the head. As a reward, it is finally sent away. He walks helplessly through the city. Apparently because of the blow he took, he can remember that he can fly. He climbs to the top floor of a building. After playing in the void, he begins to fly. Note that no one sees him. He does some pirouettes and tries to get some audience attention. He is hit by a stray bullet. He floats to the ground and dies. Eisner asks us not to be sad for Shnobble, but for humanity.  Because we never knew there was a man who could fly.

3- It is not only in blackness that we are involved. How to hug a body dressed in aggressive sandals that would welcome us smiling? Would we expect the immediate birth of wings? Would it be feasible to wait for the golden share? Or not. Is it, then, how to talk about the contact of thorny animals in the cold? Would we approach as much as we could for body heat, without exaggeration, however, by the danger of the incompatibility of thorns? Yes, it is different, if the sandpaper body is approaching, it may be that we accept part of the nuisance, as a dynamic of cordiality, provided it is known, that it shelters all the good effects of familiarity, with which experience presents us and of which Unconsciously we are debtors. If the body is strange, if the life that it holds can be misrepresented, now only those who look for the sandpaper would tolerate having embraced it. Is it so easy to get heat, so that one can dispense with its source only because we have no sympathy for it?

4- It seems ambiguous to take the mood as intrinsic. In this account the same for the inanimate. Who tells us we can not be confused? If we admit that the difference is all in the heat, how to predict? Was heat the sign of the mood or the reverse? Could not the source of high temperatures be behind sharp sanding, strange to any familiarity? Heat is something put, who needs it makes it present in the body of which it approaches, a little like beauty. But if we always need the heat, and if animation is always possible, why can it happen that we are taken to the glacier? Was there something perverse in sympathy? If so, we could be led to seek heat where there is none and to ignore that cold can be a form of mood.

5- Protasio proliferates the birds, in matter that evokes to us the difficulties of the sympathy. How to be heated by sandpapers? They are birds of the same species, but of noisy singular existence. It is clear that it is important to produce the greatest admiration effect possible: forcing the impression. For this are made delicate birds, full of small accidents, in different aerial formations, are desired, distanced from the industrial environments in which they are landed, gold paint, sandpaper, each bird is a destination, even if they move parallel. Industrial gold is not meant to evoke beauty, but to make them noticeable, like cyclists determined to cut off the night traffic, or marathon runners at dawn, more so, as markers on endangered animal species, etc.

6- Birds are amazing. They are almost always in the pack so they can protect themselves. Nevertheless, if they are targets of our animism, they become representatives of freedom. The common desire is to have the freedom to fly like a bird. On the other hand, not without habit, they are perceived as plagues. A bunch of hungry birds devouring crops is quickly associated with multitudes of destructive people. A cloud of locusts? We would be afraid of such portents. Being free as a bird keeps violence resembling the movement that consumes resources. Is it not common to wear a structure in men’s clothing to scare off the birds? Was it the party that visits us the result of such a sort of astonishment? If they are not from here, why not return to their place of origin? If we frightened here while others intimidate from there, when would the flight end? The beauty of wanting to fly like the birds is amazing because it consists of being able to move alone.

7- Birds move where they need them. But we end up thinking they move where they want. This antagonism leads us to scarecrows. There is intense rawness in astonishing who arrives because they need to. It is precisely because of this urgency that scaring becomes so problematic. The scarecrow must be so terrible as to force the bird back to where it needed to be. Moreover, that the diffuse costs of returning are inferior to those of facing the forces that do not allow to stay. In the end, only birds that feed on dead animals compete with the scarecrows. This means that if symbiotic with death, the stratum of existence avoided by those who migrate, there is no reason why anyone should bother to frighten them. They have nothing to fear.

8- Golden strands break from the ceiling and cling to the floor, like a ray of light that expands. Protasio moves deftly by the displacement of industrial matter. The conceptual function of such faults is that they can not be crossed, to interrupt the course. They remember, but they are not light. It does not matter that they are elegant in the environment. The point is that you can only pass through them if it is narrower than the distance between the bundles. It is not an imaginary line, so little a meridian. It is a border. It’s not quite a cage. Because this is like a prison. There is nothing good in prison for anyone inside it. Well, save in funny stories, no one wants to go beyond the chain into their walls or grids. The border is quite different. It tries to establish ambiguity where in truth we only have ambivalence. It concentrates the effort to see the traffic restriction as sometimes good and sometimes bad. Good birds would have an ally on the frontier and bad ones an enemy. But in fact, the borders are ambivalent, any birds, for them, are good and bad at the same time. As we said, the more protected are hard, foreign body, etc. The border have them as border. At once good and bad, but necessary. Do not get confused with a man who flies.

Cesar Kiraly
Curator and professor of Aesthetics and Political Theory at the Political Science Department of Federal University Fluminense in Rio de Janeiro. 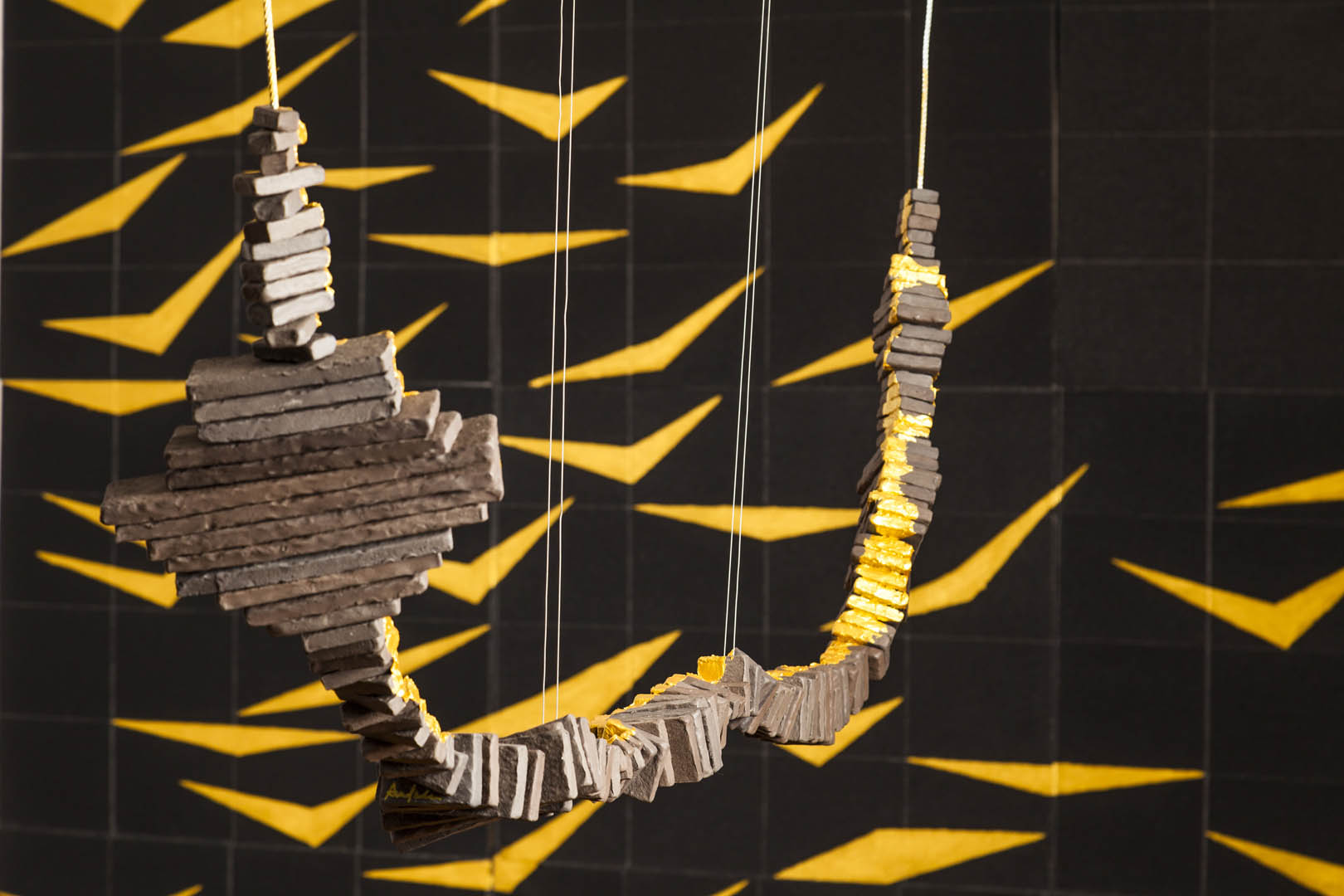 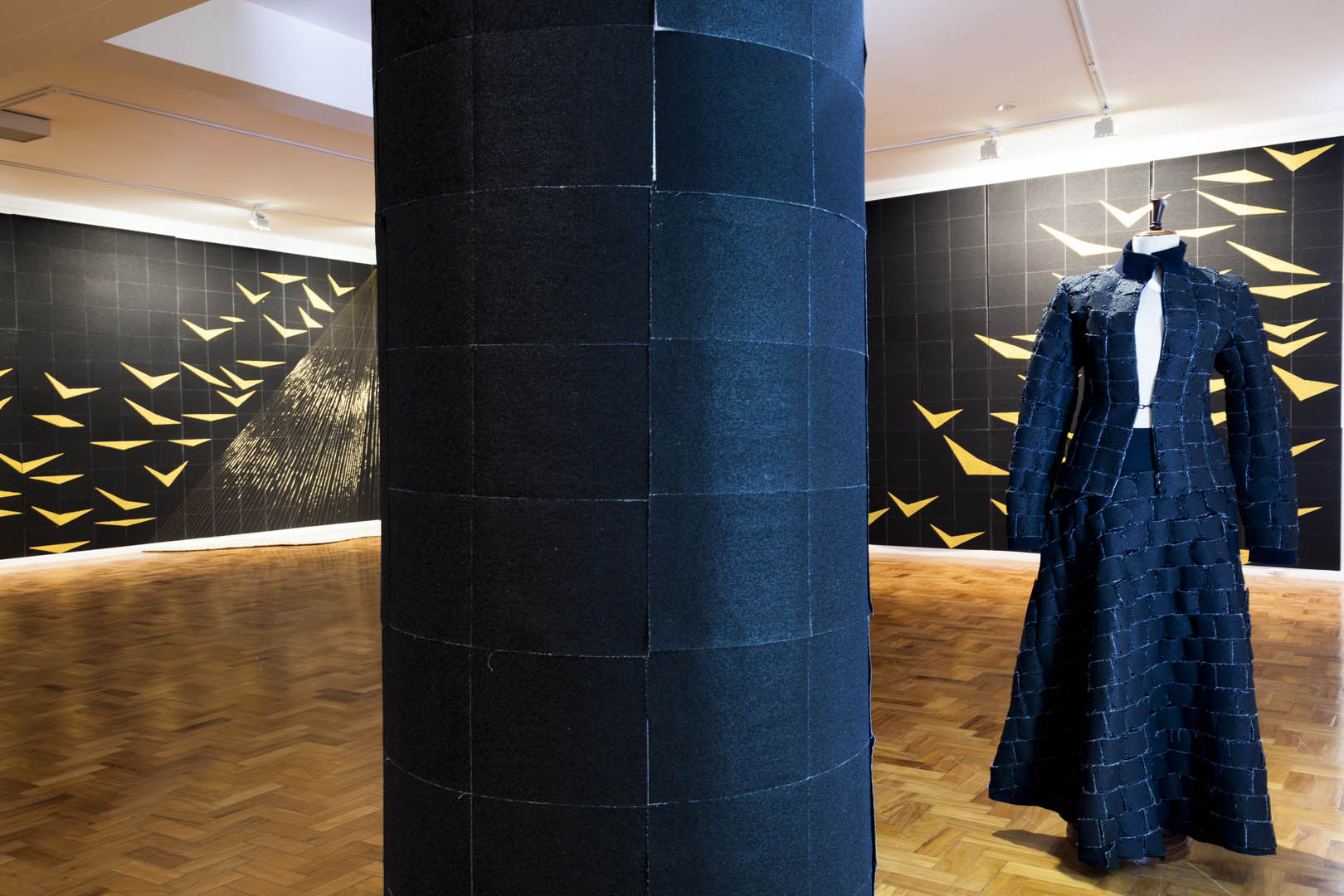 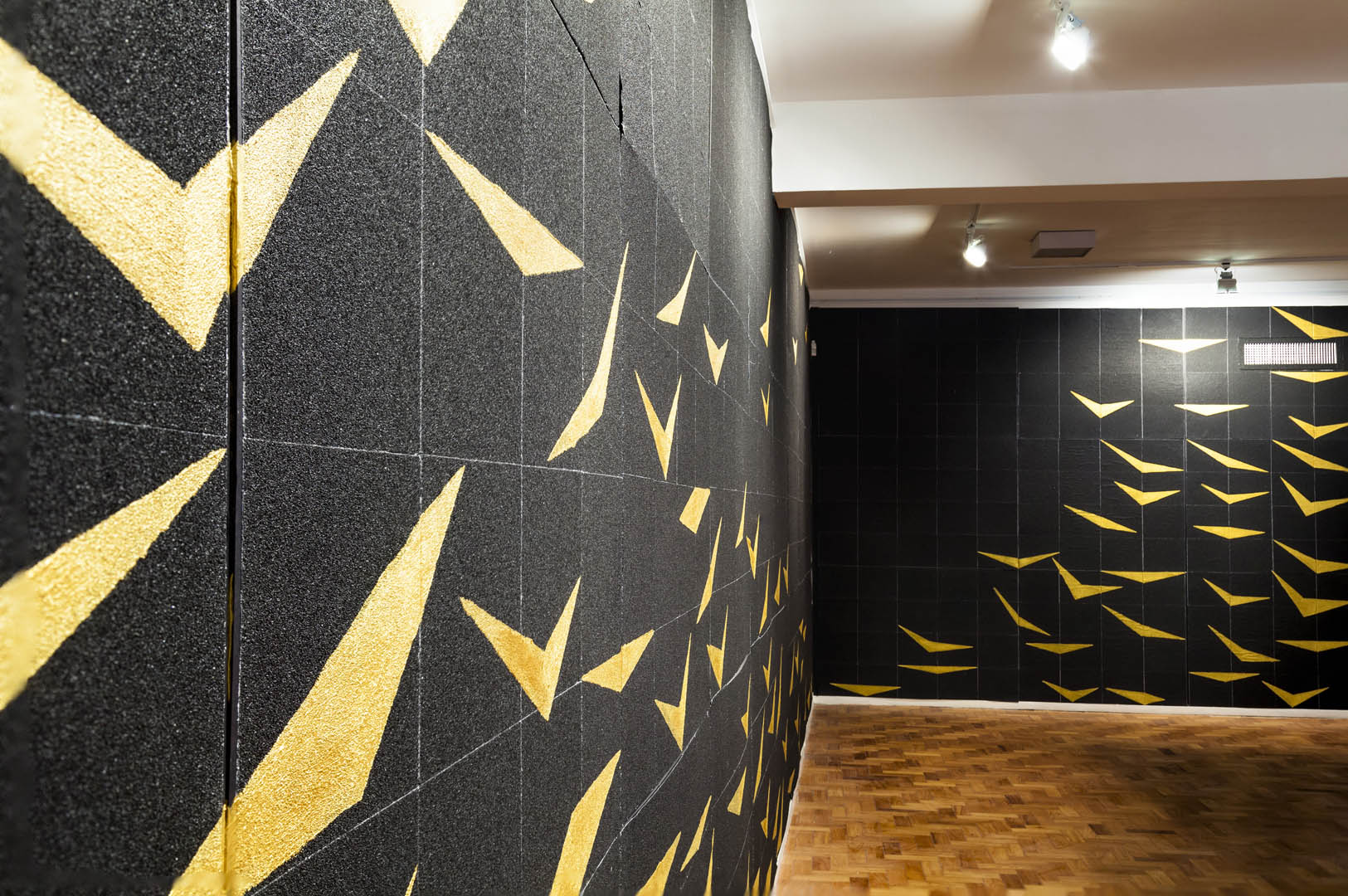 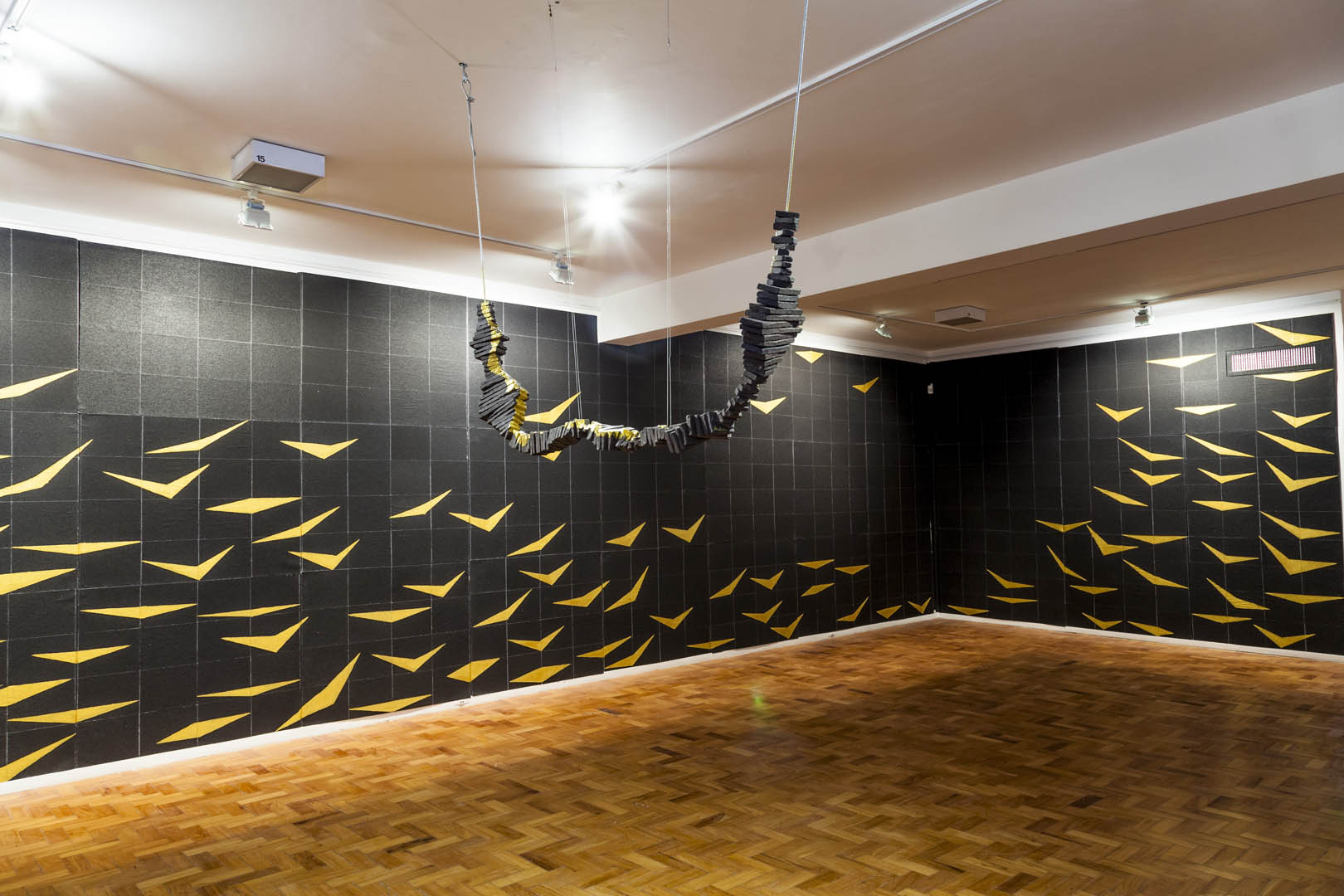 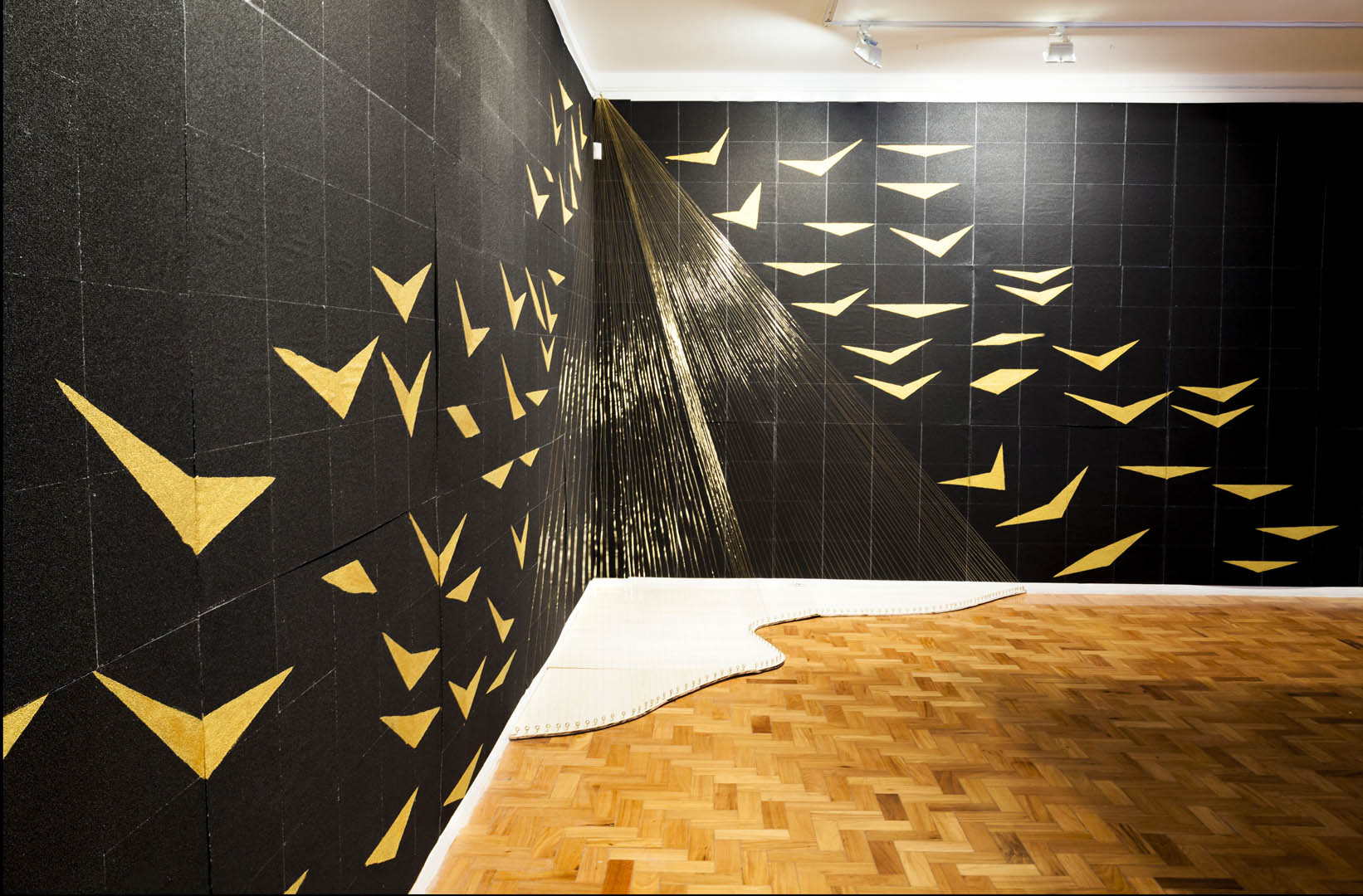 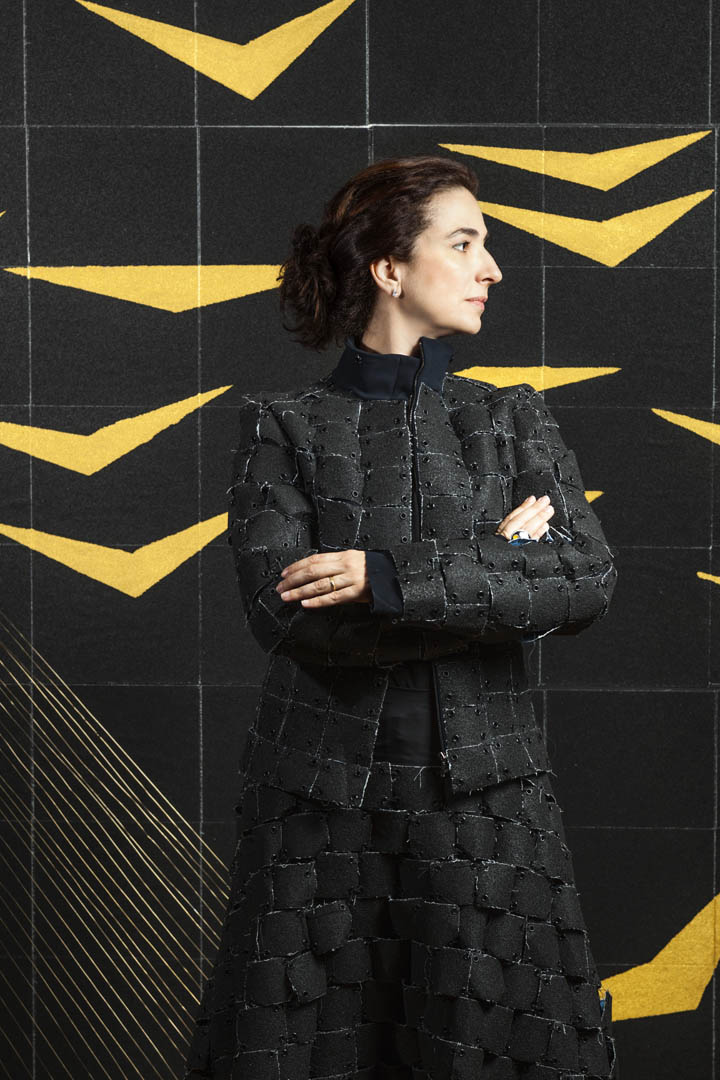 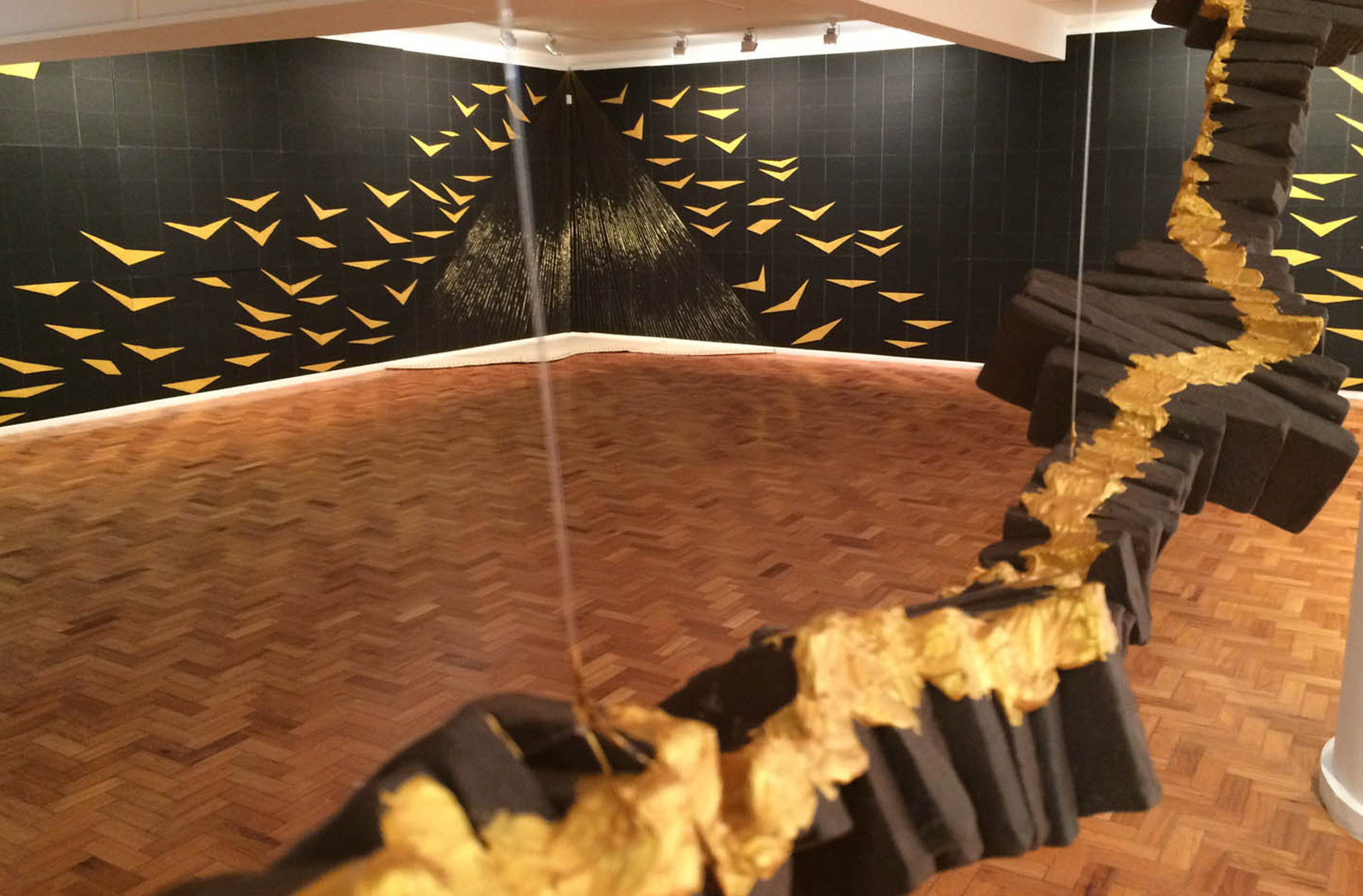 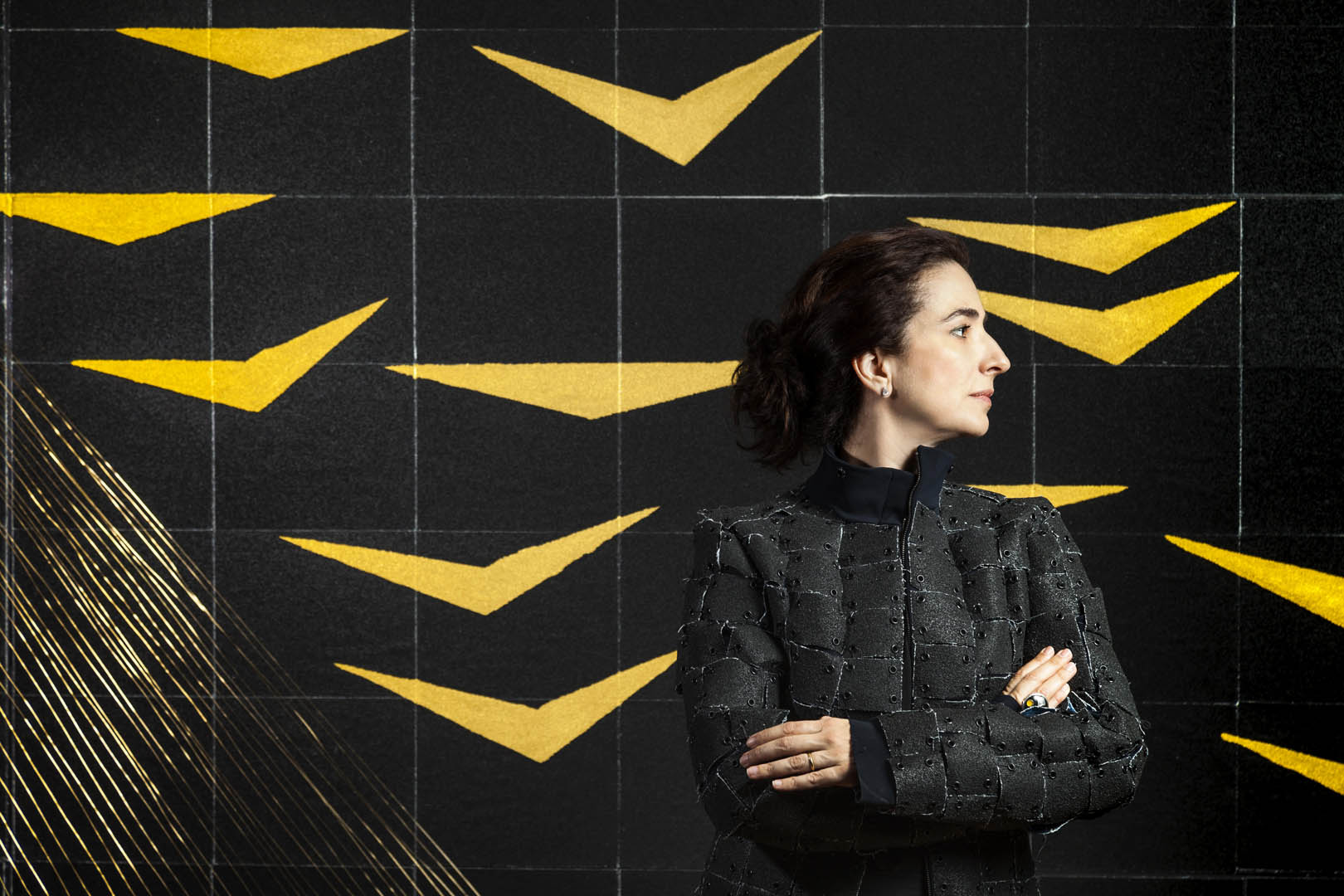 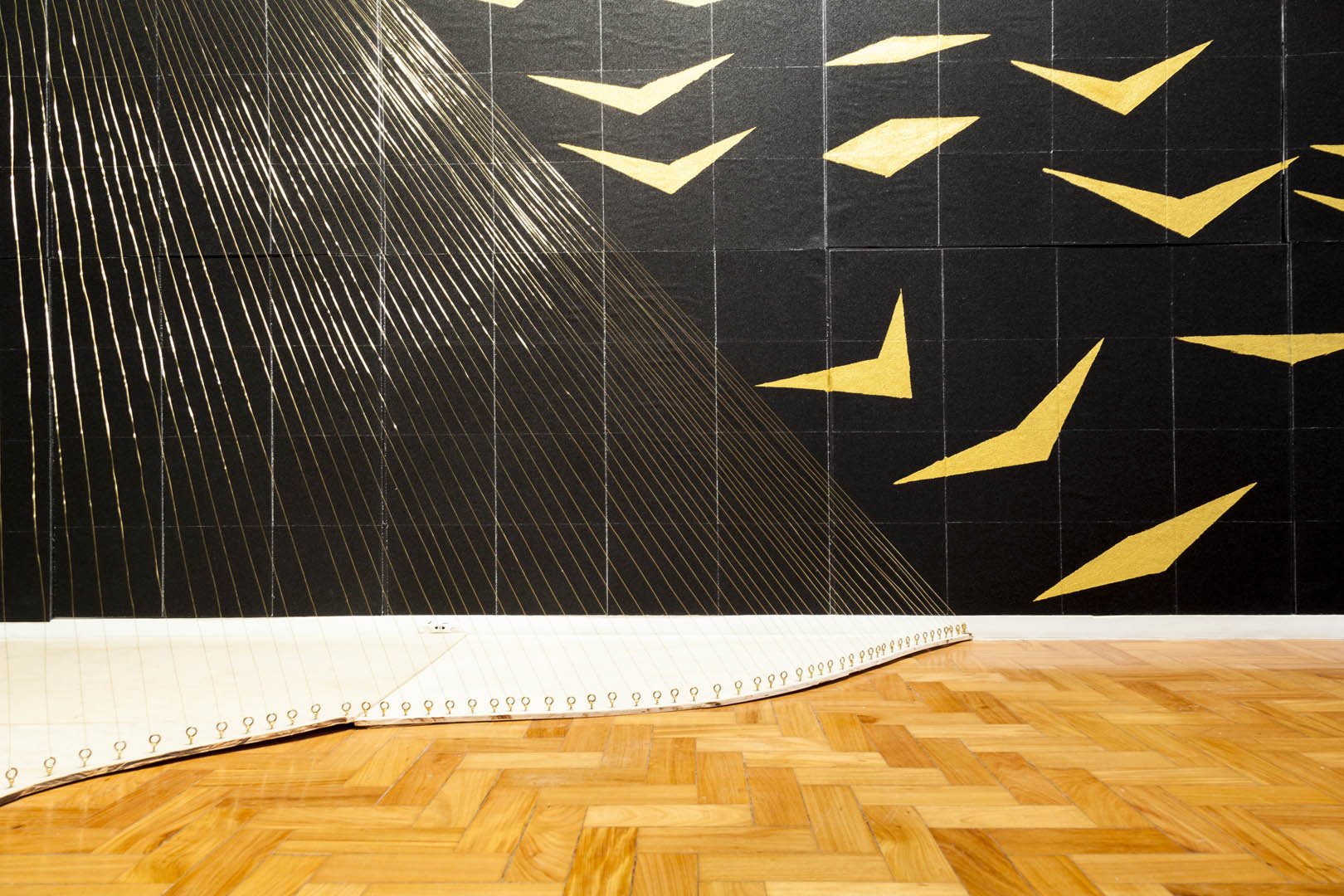 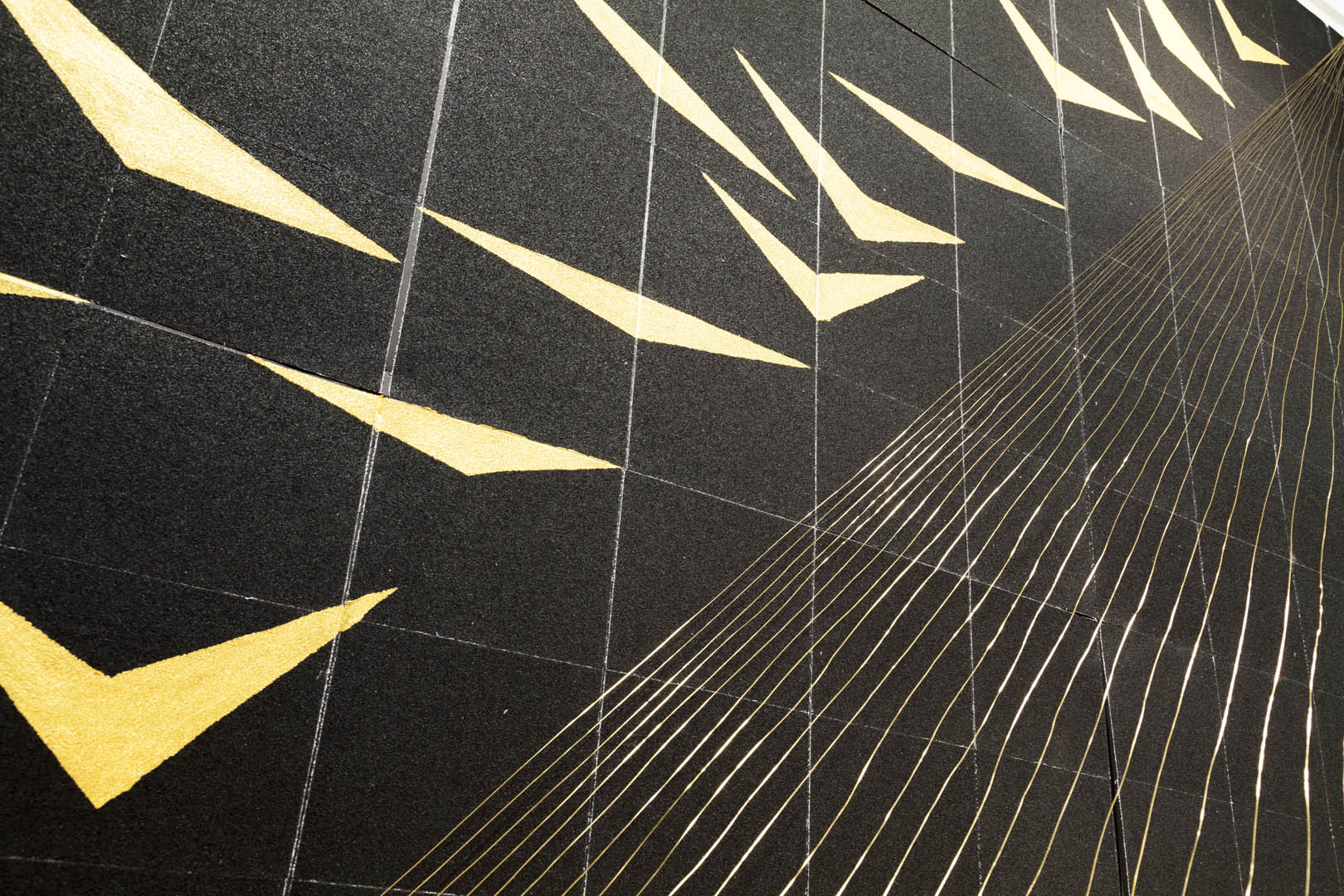